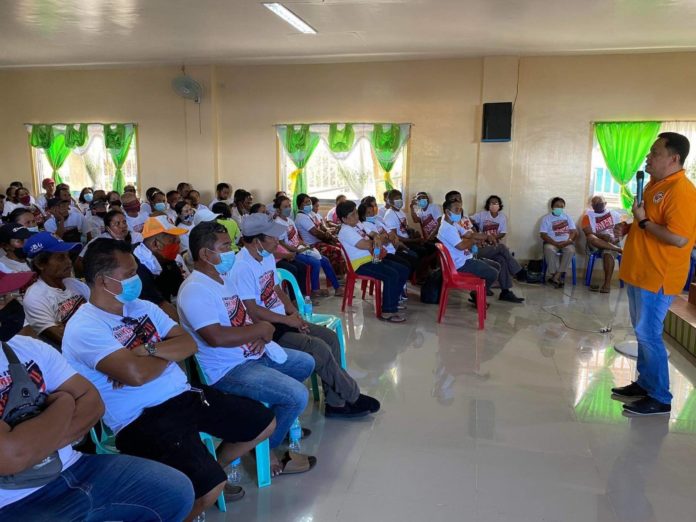 PropertyfindsAsia.com | CWS Party List to Push for a 30-year Infrastructure Program | The Construction Workers Party List – or CWS Party List – has vowed to maintain President Rodrigo Duterte’s and former DPWH Secretary Mark Villar’s “Build, Build, Build!” program so that the economic effects will be felt all over the country for years to come.

According to a statement from CWS legal counsel and spokesperson Atty. DJ Jimenez during an interview on DZRJ-AM, CWS Party List is pushing the continuity of the present administration’s Build! Build! Build! program to provide a stable income for the skilled construction workers in the Philippines. This, he said, can be done through the passage of a law that sets a master plan for a 30-year infrastructure program that allows continuity no matter who are elected as presidents of the Philippines in the next five terms.

A centerpiece legislation, CWS is pushing the 30-year infrastructure plan. This seeks the continuance of the build, build, build program and goes way beyond the Duterte Administration regardless of who is taking over the seat in Malacañang in the next 5 elections. In his interview with DZRH, Atty. Jimenez explained that many projects started by previous administrations were usually no longer pushed through as the new set of leaders have their own list of projects they wanted to work on. A 30-year infrastructure program will not only allow consistency of projects, but will also provide a steady income for the construction workers and their families but as well as the development of the Philippine economy.

This, in turn, will benefit the families of more than 4 million construction workers and trickle down to the economy.

Construction Workers Solidarity was established in order to help and protect construction workers, and to make sure that their employers and the government treat them fairly and address and respond to all of their construction-related concerns.

In the Philippines, construction workers are among those who are under employed and underpaid. Among the most challenging jobs in the world many workers spend hard nights sleeping on cold the concrete floors of their barracks, using nothing but cardboard boxes as blankets to help them cope with the cold and hardness of the surface. They also have no access to electric fans, proper ventilation and other basic necessities.

In times of uncertainty, like the global epidemic, the most common sacrifice they must make is enduring homesickness from being separated from their loved ones. To receive meals, they must be physically present at work, which takes time away from their family.

CWS Party List started as a labor organization that was founded 30 years ago consisting of construction workers that later evolved where they decided to go into mainstream politics and became a party-list. Due to its leaders’ dedication, they were given a seat in congress during the 2019 elections, led by Congressman Romeo Momo, sectoral representative of CWS. The party-list does not only fight for the interest of those who work as construction workers, but also includes their allied workers, commercial builders, real estate agents, and even miners. In fact, Cong. Momo has filed several bills that affects various other industries such as freelancers, micro entrepreneurs, and even nurses. CWS does all these by putting a balance on the interest of the people and organizations they help and support.

Among the bills that CWS has filed is the Magna Carta for Construction Workers that seeks to institutionalize benefits for construction workers.

CWS has proposed more than a hundred bills in congress but due to the pandemic, difficulty in having these laws passed is a challenge. The party-list also pushes for the public-private partnership for a construction academy to uplift the Filipino construction workers, instead of giving the local projects to foreign workers. Aside from those mentioned concerns, a local registration for the workers should also be applied, this is to ensure that during unfortunate events like the covid pandemic, construction workers can also benefit from the programs of the local government where they are currently assigned.

The proposed programs and legislation by CWS will take time for its representatives to come to fruition, but Atty Jimenez assures its members and voters that they will be well represented in the next congress and that they will be heard.

In an interview last year by DZAR-AM with Cong. Momo, he stressed that construction workers, “Are in the main front of our efforts in battling the economic devastation brought about by the pandemic, as they served as the backbone of President Rodrigo Roa Duterte’s ‘BUILD, BUILD, BUILD’ program and other infrastructure-related activities.”

“Lastly, I would also like to make an appeal to the construction operators, management and officials to please do take good care and look after the welfare of your workers, specifically never abandon them,” he added.

What to Expect at The Outlook 2022: Philippine Real Estate Conference