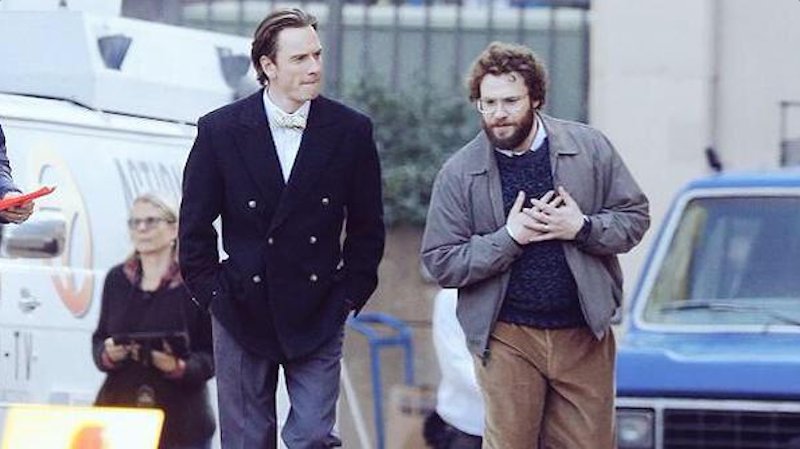 The forthcoming movie is the second to explore the life and character of the man who co-founded Apple in 1976 and built it into the biggest brand in the world. Oscar winners Aaron Sorkin and Danny Boyle respectively write and direct the long-gestating film.

To the twitching strains of 2Cellos’ version of AC/DC classic “Thunderstruck,” the new trailer, released Wednesday, shows Fassbender playing Jobs at three crucial points in his life. The story focuses on a number of product launches, depicting the drama playing out behind the scenes to bring new Apple devices into the world.

The trailer hints at its subject’s perfectionism and at times abrasive methods as he berates subordinates and is beseeched by colleagues to make compromises. Judging by the dramatic trailer, the film won’t shy away from the more difficult aspects of Jobs personality.

Kate Winslet plays Apple’s marketing boss Joanna Hoffman, juggling both Jobs’ professional life as he prepares to unveil a new product and his personal life as she urges him to reconcile with the daughter he denied for years. Jeff Daniels is Apple CEO John Sculley, who was brought to Apple by Jobs but became locked in a power struggle with the man who hired him. Michael Stuhlbarg is product guy Andy Herzfeld, who gets to fire back a zinger at an angry Jobs.

And Rogen plays Wozniak, who in his garage founded Apple with Jobs. Rogen delivers the speech that cuts to the heart of the “cult of Jobs”, listing the many things Jobs doesn’t do and questioning why then he is thought of as a genius.

“Steve Jobs” is set to hit US theatres on 9 October, the same week as the anniversary of Jobs’ death in 2011. It opens in the UK on 13 November.