Home At Home How to Renovate a Bathroom for Seniors 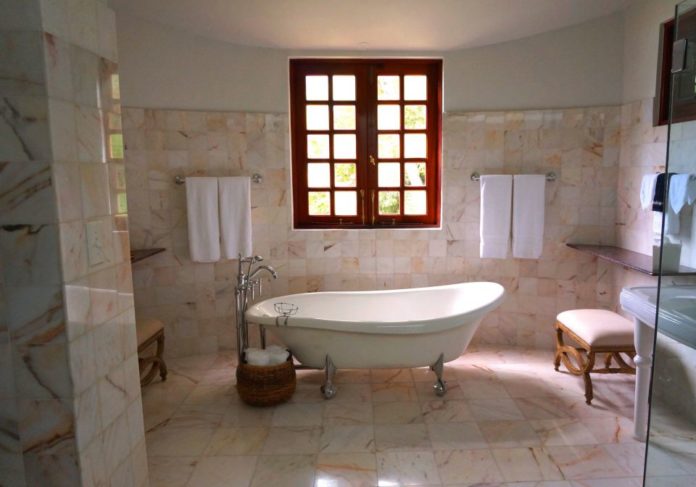 PropertyFindsAsia|Senior citizens need to consider adapting their homes in order to meet the needs and solve the problems that come with old age. This is the most noticeable in the bathrooms since they are the most dangerous rooms in the home. These renovations are mostly about the mobility issues that come up as you grow older and there’s no one modification to fit all seniors. It’s best to choose what to change based on your individual needs, but also to anticipate future problems if it’s at all possible.

The first thing to consider is the location of the bathroom within the house. It’s the easiest to have a bathroom on the ground floor and most homes do. It will save an elderly homeowner a lot of trouble with climbing up the stairs later on. If you don’t have a bathroom on the ground floor, which is unlikely, you’ll probably need to remodel the home in order to set aside a portion of a different room for this purpose. That is a rather large construction project, but it only needs to be done once.

On the other hand, grab bars are the easiest renovation to make and they are one of the most useful for most seniors as well. Grab bars should be installed next to the toilet and next to the shower or bathtub to give the seniors something to grab onto and stand up while using the bathroom. They are usually premade and just installed by drilling into the walls. It’s also useful to find some that are made from a non-slippery material. That way, you know they are safe to use even in a wet environment such as the bathroom.

One of the most common health problems elderly citizens have is related to hip injuries and hip replacements. This presents a problem when it comes to using the toilet since it becomes too painful to do. Installing a specially-made higher toilet is a quick and easy solution to this. Once you’re removing the toilet and installing a new one, it’s a good opportunity to clean and realign the pipes going towards it. This is best done by experts such as the ones from Pipe Relining Solutions to avoid any future problems with pipes that might come out of it.

Installing a bathtub is the safest option for most seniors especially if it’s coupled with grab bars. However, it isn’t an option for everyone mostly because not every bathroom has enough room for a bathtub, and because it isn’t cheap to install one.A shower seat is the next best thing since it allows the senior to use the shower and to remain safely seated while they do so. The seats come in a variety of sizes and it’s best to install one that’s easy to remove when needed. Making sure that the seat isn’t slippery is also important in this case.Bathrooms often need to be remodeled to fit the needs of senior citizens. For someone who has problems with mobility or health problems in general, using the bathroom could be a dangerous thing to do and remodeling should address those problems and difficulties focusing on safety most of all. It’s also useful to add features based on the overall health of the homeowner. For instance, those with hip problems would benefit from a raised toilet and those with mobility issues would find grab bars both safe and handy. These renovations are often inexpensive, especially when installed according to the pressing needs of the occupant.