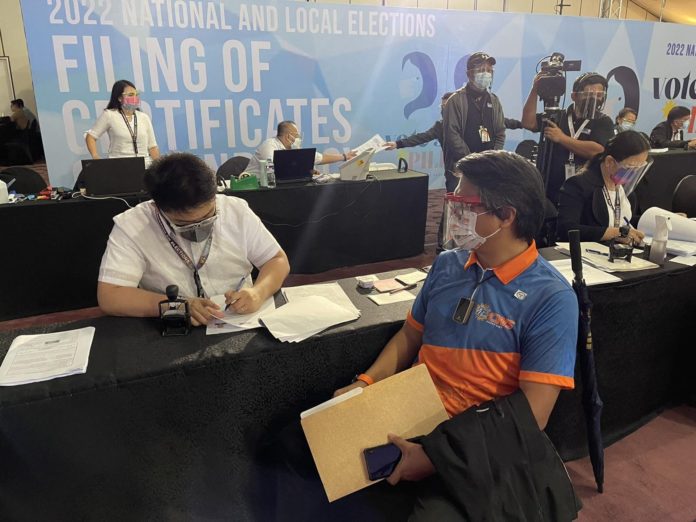 Property Finds Asia | CWS Party-list Files COC to Champion Construction and Properties Sector | The nominees of the CWS Party-List or Construction Workers party-List have already filed their candidacies yesterday, October 5. It was led by well-known leaders in their respective professions in the Philippine construction industry, namely, Tirso Edwin Gardiola and Engr. Earel Benedicto Gardiola both of Mataas na Kahoy in Batangas, and Melanie Joy Momo-Guno of Tandag, Surigao Del Sur. Guno is the son of incumbent Congressman Romeo Momo who is the CWS Party-List representative.

The Philippines adopted a party-list system in 1987, resulting in more people being represented in the national legislature. Ferdinand Marcos, the country’s last autocratic leader, is responsible for the constitution, which encourages nonviolent uprisings like People Power. Our country’s constitution mandates democratic party-list representation in the House of Representatives.

The influence a political party has on our national government should not be underestimated. Party-list organizations exist to exercise their collective influence, and the constitution requires one-fifth of the House of Representatives to come from various party-list groups. Some of the various organizations’ objectives and causes range from improving workplace conditions to helping impoverished Filipino families, and from empowering young people to caring for the elderly.

Social media platforms have been the main information and communication source for the majority during the ongoing national campaign against Covid-19. There is a growing need among the general public, particularly the poor, for organizations and political figures they backed in the most recent election to provide assistance. There are reputable party-list groups like CWS Party-List, which stands for Construction Workers Solidarity Party List.

In order to help and protect construction workers, the Construction Workers Solidarity Party List was established to make sure that their employers and the government treat them fairly and address and respond to all of their construction-related concerns.

A national command for a severe lockdown resulted in hundreds of laborers and construction workers being stranded in barracks and building sites in 2020. As a result, lockdowns were imposed on the great majority of construction workers and laborers. Because our national government ordered everyone to stay in their homes or other places of abode, most of them were unable to return. Since the outbreak of the epidemic, local governments have only received a little amount of budget support due to financial constraints.

Workers in Tanza and Imus, Valenzuela City; Las Pinas City; Malate, Manila; Tabacalera, Pateros; Quirino Highway in Quezon City; Daan Tubo in UP Diliman Campus; Bangkal in Makati; Guerilla Street in Marikina City; and Cagayan De Oro City were helped by CWS Party List during the peak of the pandemic’s lockdowns in the National Capital Region. Other than that, CWS Party List has helped numerous individuals and local governments all around the country.

In the Philippines, construction workers, like all other types of employees, are among those who are both unemployed and underpaid. Also, he’s got the most challenging job in the world. Some of these workers spend terrible nights sleeping on the freezing concrete floors of their barracks, using nothing but cardboard boxes as blankets to help them cope with the cold and hardness of the surface. They also have no access to fans or televisions.

In times of uncertainty, like the global epidemic, the most common sacrifice they must make is enduring homesickness from being separated from their loved ones. To receive meals, they must be physically present at work, which takes time away from their family. Office workers don’t have to do either of these things.

Known as the CWS Party List, the Construction Workers Solidarity Party List will strive harder to ensure the well-being of skilled construction workers in the Philippines, who have long been a marginalized group in society. CWS Party List has vowed to maintain DPWH Secretary Mark Villar’s “Build, Build, Build!” program so that the economic effects will be felt in the provinces for years to come.