Home At Home Tips and Advice on Kitchen Remodeling (Infographic) 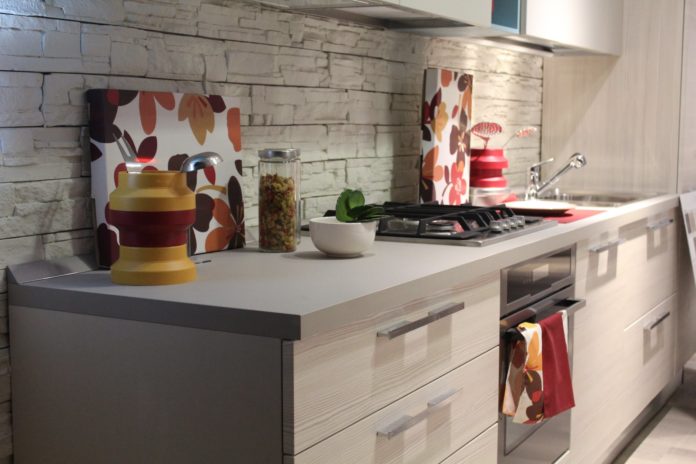 Kitchen remodeling is the fastest growing home remodeling trend nowadays – and this is supported by multiple industry reports. In 2017, the National Association of Home Builders (NAHB) reported that seventy-eight percent of their home remodeling projects were kitchen remodels, placing it in the second spot, out of seventeen remodeling categories, including bathroom modeling, whole house remodeling, room additions, and windows/doors replacement.

Moreover, according the 2018 Houzz Kitchen Trends Study, when the respondents were asked what are their motivations for having their kitchens remodeled, forty-one percent of the homeowners responded that they can no longer stand their old kitchen, while thirty-six percent said that they’ve wanted to do it for a long time and they finally had the means.

Furthermore, twenty-eight percent of the respondents recently moved in and wanted to personalize their kitchen, while twenty percent responded that their old kitchens are already calling for a remodel because of deterioration. The rest of the population were either inspired to make certain changes, adapting to recent lifestyle changes, or improving the resale value of their houses.

Moving on to kitchen remodeling trends, seventy-five percent of the surveyed homeowners responded that they want to declutter their counters and sixty-six percent want to put things away, giving emphasis to smart storage and countertop options. Aside from storage and countertops, transitional kitchen designs (mixing traditional and contemporary design), and modern kitchen technology are also a popular choice among homeowners.

As you can see in the said trends, functionality is the main priority of the surveyed homeowners. They need a kitchen wherein they can easily store and find things and one that is comfortable to work on.

The average amount spent by homeowners on improving the functionality and design of their kitchens reached forty-two thousand US dollars for large kitchens (two hundred square feet or more). On the other hand, remodeling services for smaller kitchens are worth over twenty-five thousand US dollars.

At first, it might seem like splurging. But in reality, having your kitchen remodeled is a great way to save. How? The answer is simple—it’s switching to energy-efficient options.

The best example for this is already mentioned earlier; filling your kitchen with natural light. It won’t only save you a fortune on electric bills; it will also make your kitchen a cozy area because of the warmth of natural light.

However, if you’re wondering ‘’how about at night?”, you can install LED (Light-emitting diode) lights that consumer seventy-five less energy than incandescent lights.

If you need further convincing on why you should remodel your kitchens, aside from switching to energy-efficient options, then you need to consider how today’s kitchens are more than just kitchens. It’s no longer limited to cooking and food preparation; it also serves as a bonding area for family and friends, so why not enhance it? A kitchen with more room for delightful cooking, dining, and bonding is priceless.

Having that said, here are the key takeaways of the infographic from Mr. Cabinet Care which details Tips and Advice on kitchen remodeling:

To learn more about these tips and advice, check out the infographic below.