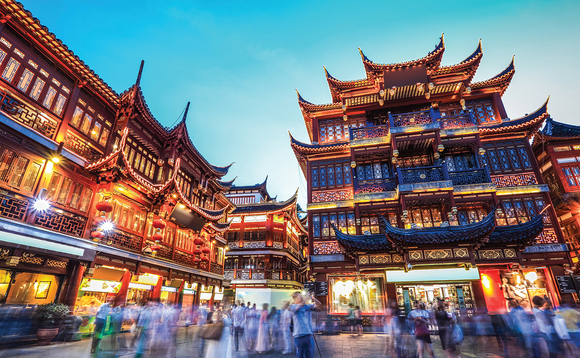 Images of farmers and housewives losing all their savings appearing on the internet, led to inaccurate fears of the dying Chinese consumer.

In actual fact, less than 15% of the average household’s financial assets are invested in the stock market, which helps explain why the recent roller coaster market has not had a dramatic effect on China’s consumption figures.

Currently at around 200 million, and predicted to swell to over 600 million in just ten years’ time, China’s middle class will propel the most populous nation to become the next consumption powerhouse. China’s future middle class will likely be larger than the combined populations of the US and Japan.

Why do we ignore China’s consumption growth? Perhaps the perils of Glencore have not shown China in a favourable light, but surely the writing was on the wall.

China is already a $10trn economy and if it continued to race away at double digits growth rates, where do you think global inflation and interest rates would be now? We should be thanking China for slowing down.

Returning to consumption – why are we not talking about China’s 39% increase in online sales in the first half of this year?

China has already become the world’s largest e-commerce market. With the affordability of smartphones in China, the number of internet users utilising this medium has now exceeded accessing the internet via PC; a major change in consumption pattern.

Tangential plays on this theme can often be where more interesting opportunities can be found. Trying to guestimate who will win the next smartphone war in China can be painful: remember HTC? Technology infrastructure, online payment, advertising, or even internet security can all play on this theme.

Finally, it is not just consumption within China. Currently only around 5% of Chinese people hold a passport, imagine the number of passport holders in ten years’ time. Why do you think Fosun bought a stake in Thomas Cook?

Fen Sung is a China product specialist at LGBR Capital

Chinese Premier Li Keqiang’s comments in March on a new economic ‘normal’ in China revived debate on exactly how far his politburo’s reforms had progressed. Despite ongoing scepticism, it is fair to say reform has advanced on a number of fronts and has reduced the risk premium overhanging China.

The People’s Bank of China has cut interest rates twice in four months; demonstrating policymakers are willing to take steps to achieve the kind of stable growth that will allow the government to work on ensuring employment and social stability. Without it, it would be difficult to advance necessary reforms and focus on the larger structural concerns.

Around 80% of the MSCI China index is made up of state-owned enterprises, while 40% of the index is financial companies. Prices in these sectors had been depressed for some time. Prior to the first rate cut in November 2014, companies with dual Shanghai and Hong Kong listings saw their A-shares trading at a deep discount to their H-share counterparts. This was largely because of domestic investors’ concerns over issues including leverage, credit growth, local government debt, shadow banking, and possible liquidity events. Many of the reform proposals first put forward in late 2013 specifically targeted these areas.

China’s A-share market rallied (off a very low base) ahead of that first rate cut, and that momentum carried on into the New Year. But it has not been yet another policy-fuelled sugar rush. In our view, something more fundamental is at play – recognition of the structural improvements which have taken place over the last year.

The discount on A-shares has now reverted to a premium so, short term at least, there is likely to be more opportunity in dual-listed H-shares. Longer term, the benefits of effective reforms are palpable for both.

Take local governments: they account for almost 90% of total government expenditure, but only bring in around 50% of government tax receipts (often much less). As a result of their frenzied spending on infrastructure and construction, China now has around $2.9trn of local government debt outstanding, equivalent to about a third of its GDP. It is a national burden and an international concern.

One of the Ministry of Finance’s set of fiscal and monetary reforms is to find ways for local governments to raise their own financing – which should ultimately give them more visibility on cashflows and improve their debt servicing capability.

From 2016 onwards, local governments will be able to issue their own corporate and municipal bonds. They will also be able to levy new taxes. This should help curb their reliance on land sales for revenue and on inflated property prices at a time when they are cooling noticeably. All of this should reduce the systemic risk of the country’s banks having to absorb huge bad debts.

The China Banking Regulatory Commission has also passed new regulations aimed at reining in the expansion of the shadow banking sector. As a result, banks’ contingent risks are lower and investors have flocked towards insurance products which, relatively speaking, now look more competitive.

These are the first steps on what is expected to be a long road to effective reform, but they have already helped ease investors’ anxiety about the banks and revived investor interest in the insurance sector.

However, the majority of Chinese household wealth is still held in property, with very little in stocks. Even now, A-shares are inexpensive, and a powerful rebound in sentiment could provide numerous opportunities for the market to rise further. That being said, it will not be a solid line upwards, and we will see some volatility along the way.

Until the latter part of 2014, state-owned enterprises (SOEs) were out of favour. However, SOE reform will provide opportunities for returns we have not seen before as they deliver operational efficiencies, better align management incentives and transfer capital allocation decisions to the private sector.

Elsewhere, the opening up of new sectors to private players will provide fertile ground for many ‘new economy’ internet companies to expand into.

There will also be some companies which will benefit from the government’s push to reorient exports from low-end manufacturing, such as textiles and toys, towards products which are higher up the value chain and come with some level of intellectual property.

In contrast, consumer staples are offering few opportunities as valuations are still high. As overall economic growth slows down, capacity continues to be added and competition heats up, we believe it will become increasingly challenging for these companies to meet what are high earnings expectations.
Reforms, particularly those that target corruption, are having a negative effect, so for investors, it is a wait and see situation.

China’s economy is definitely slowing, but it is slowing on purpose. Premier Li has set the 2015 GDP target at around 7%, below the 7.5% goal the economy narrowly missed last year. This is no hard landing.

What we are looking at is the ability of the government to tackle concerns like bad debts, corruption and pollution after three decades of breakneck growth.

They cannot do it all in the short term, but we are keen to see things keep moving in the right direction, even if just at the margin.

As long as the leadership team remains firmly committed to reform and continues to build a consistent track record of implementation, we should see a more sustainable bull market.