Home Properties Condos A kingdom in the heart of Bay City 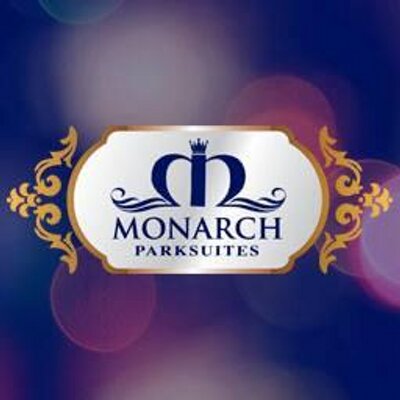 Manila City – Bay City Philippines is the located west of Roxas Boulevard, the area between the cities of Pasay on the north side and Parañaque on the south side.

The area is most well known for being home of the third largest mall in the Philippines and Entertainment City with casinos in Las Vegas-style, shopping malls, amusement parks, theaters, hotels, business offices, residential buildings and resorts.

At the center of Bay City lies the premiere luxury condominium in the middle of the country’s hub for shopping, gaming and world-class entertainment. This prime location boasts an atmosphere of royalty enjoy your very own luxury amenities such as exclusive gourmet dining rooms, 2 Olympic sized swimming pools and your own movie theater. Enjoy the privileges of being one of Manila’s elite. Surround yourself with world-class casinos, 5-star hotel resorts and the best restaurants in town.

The Monarch Parksuites was designed to be a modern rendition of Europe’s famous century-old castles. The building’s classic Dutch Baroque architecture is highlighted against the glimmering waters of the bay, creating a breathtaking vision as one approaches the property. The exquisite architecture creates an atmosphere of opulence that is fit for men and women of noble birth. With its elegantly designed facade, wide open spaces in between towers, sprawling lawns, charming fountains, and landscaped gardens, Monarch Parksuites truly is a modern-day palace.

The 17-storey residential luxury condominium that stands on a huge lot area of 18,000+ square meters. It is composed of four grand towers named after real castles in England: Windsor Suites, Windsor Place, Balmoral Suites, and Balmoral Place. Each tower is filled with spacious units that feature spectacular views of the surrounding areas: the majestic sunsets of Manila Bay, the intricacies of the Makati skyline, the exciting hustle and bustle of the Mall of Asia and the grand events that happen in PAGCOR Entertainment City, Bay City Philippines. At Monarch Parksuites, you are always at the center of oomph and excitement. 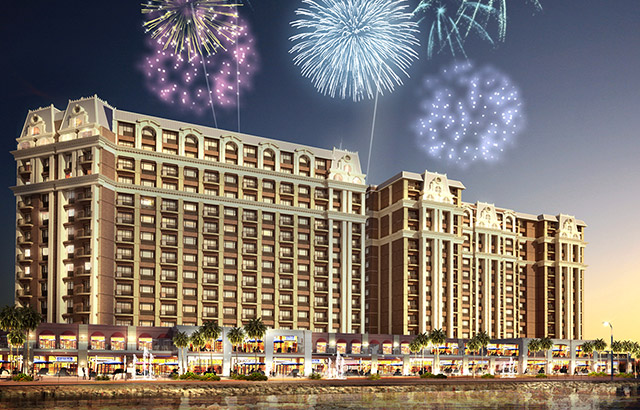