Getting a healthy ROI (return on investment) for home improvements is a big concern among homeowners, and rightly so. Since home improvements are part emotional and financial, not only are you looking to improve your current quality of life, you’re also hoping that your investment will pay off in the form of higher resale values down the road.

To that end, Remodeling Magazine releases a Cost vs. Value Report each year that takes a look at the national averages for how much common home improvement projects cost, their added resale value, and the overall percentage of expenditure that was recouped after the sale.

We’ve got the numbers from this year’s report, and some of them may not be what you’d expect.

What’s behind the numbers

Many homeowners may be shocked to find that the percentage of cost recouped numbers aren’t as high as they’d imagine.

This boils down to a few distinct factors — the first of which is depreciation over time. In most cases, homeowners don’t put a lot of money into remodeling projects right before going to sell. Rather, they make improvements & continue to live in the property. That daily wear-and-tear, along with trends and tastes that change over time, is a major contributor to this difference.

The second major factor is inflation. Anyone who’s ever looked into doing a major remodel can tell you that it’s costly business. Couple that with the fact that home values have risen more cautiously over the past decade as a result of the new appraisal regulations post-2007, and it’s easy to see how this disparity came about.

Lastly, this data leverages national averages. The rates may very well be slightly different in your city. In particular, the report mentioned cities in the middle of a tech boom like San Francisco tended to fair better in terms of percentage recouped for upgrades.

How to get the most for your money

Here are a few things things you can do to increase your chances of getting a good ROI if you’re looking to upgrade your new home:

This article originally appeared on OpenListings. 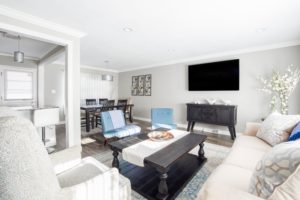 What You Can Do to Make Your Apartment Truly Yours 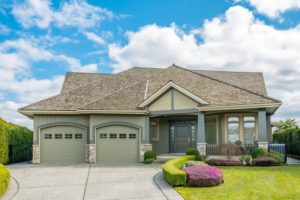