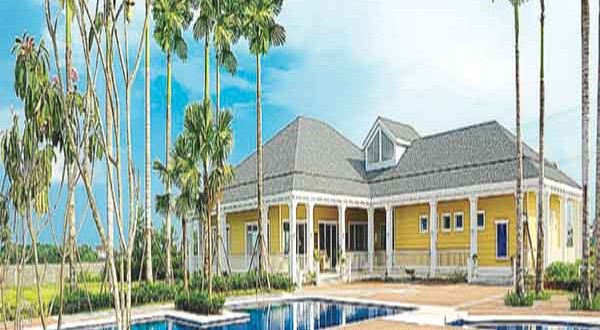 MANILA, Philippines – Years ago, a luxury home meant a sprawling residence situated in posh subdivisions in Metro Manila. With the scarcity and high cost of land in the metropolis, developers are building vertically, making the condominium the luxury home of the 21st century. Looks like Landco Pacific Corp. was on to something when it chose to concentrate its developments outside Manila 25 years ago. While competition built on the big city, the then fledgling property developer ventured to the countryside.

In time, the company founded by Alfred Xerez-Burgos, Jr. and Danilo Antonio in 1990, joined by key partner Metro Pacific four years later, not only discovered its niche as a leading player in premium leisure communities, it also came upon a market eager to invest in developments of similar nature.

“In the 1990s, cities in Luzon outside of Metro Manila had no first-class subdivisions similar to a Forbes Park or Ayala Alabang. There was, however, an underserved market consisting of local professionals like doctors and lawyers, as well as overseas Filipino workers, Filipinas married to foreigners, and families with young children who study in Manila but come home to their hometown every weekend,” says Landco vice president for luxury home communities and business development Gerard Marcelo.

“We found this opportunity to address their needs and build new communities outside the city center, but still within ‘tricycle’ distance from the city center. We looked for areas along the national highway and made sure to build flood-free subdivisions with modern facilities.”

“Our new locations in the cities we enter have become new city centers. In fact, a major department store chain has located near us after we built our subdivisions,” Marcelo points out, saying Landco’s developments have improved the land value in areas where their projects are situated.